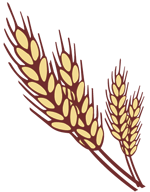 The Grange is undoubtedly the most diverse organization that exists on the national scale. Spanning some 36 states as a national organization, the Grange provides the opportunity to influence and guide legislative activities not only on a national scale, but also on a regional, state and community scale. The Grange is the people of America, people who share concerns for the needs of others; people who share the dreams of a better America; people who want to make a difference; and people who will share their abilities in the Grange.

The Grange was founded on the National level in 1867. The New Jersey State Grange came into existence in 1873. Not unlike other organizations across our nation, the Grange as a whole experienced peaks and valleys in activities and in membership. But through it all over more than a century and a quarter, the Grange has stood the test of time and now starts into the third century it has spanned. The Grange remains a strong organization because of its belief in itself, its belief in America, and its belief in the Divine Creator. The Grange is an organization for all of America, regardless of one’s nationality, race, age, profession, or education. The Grange provides opportunities for all to share in equal membership and to come together to make a difference in their own lives and the lives of others.

The Grange is a fraternal organization that welcomes both men and women to membership, as well as young people. Today the Grange has the same ritual that was written in 1867, a ritual that provides inspiration to its members through lessons from our daily lives. But today also marks a historic time in the Grange, as the Grange examines itself from within to identify changes necessary to make it a more relevant organization. As the heartbeat of America is faster today than back in 1867 and throughout many decades of the early part of the 20th century, change is needed. People today have different ideas and needs; they perhaps have much less time to spend in Grange meetings, and maybe less interest in the ritual of the Grange that their forefathers held with such great earnestness. Undoubtedly the second most historic vote in the history of the Grange at the National level was the vote of the delegate body at the 1999 annual convention. That vote established a national task force of Grange members to study all aspects of the Grange and to make recommendations on changes or new directions they see necessary for the Grange as we enter the 21st century.

Today the New Jersey State Grange has a variety of departments that share their respective goals and direction with the Granges of the communities across the State. The Grange is strong in legislative efforts; it has a Department that develops activities for primarily the women of the Grange; there is the Youth Department that provides activities and direction to our young people between the ages of 14 and 36.We have a State Junior Grange Department that works with the Granges to formulate a Junior Grange for their Grange. The Junior Grange is for children between the ages of 5 and 14.There are community service and the deaf activities departments. There is a scholarship program within the State Grange that is available to members as they seek to further their education. In summary, there is something for everyone and every member can do as much or as little as they choose.

It is true that the Grange is often associated with the farmer. The ritual, the officer titles, and the cross-section of the early membership certainly add credence to that association. Today the Grange has evolved into a strong community minded organization that seeks to serve not only its membership but also the communities, state and nation as a whole. If one wants to study the ritual, that person would find it to be as appropriate to life today as was in 1867 or 1873. But not everyone is as interested in this aspect of the Grange organization as perhaps many of the members of long standing. The one item that remains consistent in the Grange is the belief that people joining together can and will enrich their lives and the lives of others. To all, we say welcome to the Grange. Be part of this organization that has stood and will continue to stand the test of time.

The National Grange was founded in 1867 following the Civil War. Its purpose was to put America, torn apart by this war between the States, back together and back on its feet. The agricultural and manufacturing industries, the major industries of that time, were in shambles, particularly in the South. The vote of the seven men identified as the seven founders of the Grange is probably one of the most historic votes to influence America. The Grange came into existence and people were joining as they recognized the cause of the Grange and were ready to help put America back on its feet as a Nation.

As one enters a Grange meeting, one would notice an altar with an open Bible on it. One would also notice the American Flag displayed prominently at the front of the room. Officers are seated at stations at locations along the side of the room and at the rear of the room. The center of the room is an open area. The offices of the Grange are based on the old English estates and the location of the officers in a Grange meeting follow the pattern of these estates. The members are seated in rows along the sides of the hall. Often today, you might also enter a Grange hall set in board meeting fashion or in theater style, as the Grange strives to modernize.

The Grange has often been referred to as an organization of farmers who have a secret ritual. To the casual observer, that is probably the impression they receive based on what they would see in a Grange meeting. One has to understand the time of the founding of the Grange. The preeminent occupation of people then was farming. The America we live in today has long since evolved into a very diverse and “high-tech” country with a tremendous variety of business and industries; a tremendous variety of schools and colleges; and a very strong nation which still has many weaknesses to this day. The weaknesses and needs found in America in 1867 led to the birth of the Grange. The weaknesses and needs of America in this 21st century point towards the need for the Grange. The Grange is that organization of America where a young person in a Subordinate Grange can effect legislation that could find its way to the National level of America. It is that organization that is structure to provide positive effects on communities, counties, states, and our Nation.

The Grange does have a ritual. It does have beautiful ceremonies that make up degrees of the Grange. As members witness these degrees, they listen to the words and charges spoken and can learn lessons that are part of a good life and are part of a life where they can be of service to others. The seven men who founded the Grange in 1867 are often referred to as the founding fathers. They wrote this ritual at the time of the founding of the Grange. The industry and life they knew was agriculture. So the ritual of the Grange contains many references to the most ancient of labor, agriculture.

Yes, there is the “secret work” of the Grange in its ritual. But this has throughout it, fundamental lessons for living a good and positive life. There are seven degrees in the Grange. One has to realize that several of the seven founders were members of the Masonic order and felt that a ritual and ceremonies were the needed “common thread” that would result in every Grange having the same basis. The first four degrees are for the Subordinate Grange; the fifth for the Pomona Grange; the sixth for the State and the seventh degree is the National degree. Each provides increasingly beautiful and meaningful lessons of life. An example from the words spoken by the Master is “grass is the basis of agriculture. Without it, the earth would be an arid, barren waste.” As the Grange moves forward today, the secret work is placed in the background, degree work is not prominent, and welcoming ceremonies now prevail; however, we have not completely let go of the teachings of the ritual, as these are guideposts of life.

Membership in the Grange is open to all. Today’s Grange is made up of doctors and lawyers, business people, community leaders as well as the agricultural community. The common thread is the desire to belong to the premier organization that can meet the needs of communities and have the capability to provide positive impacts on our state and nation.

Today, the Grange has realized the need to study itself and make the necessary changes to become an even more focused and relevant organization for America. Thus the formation of the National Grange task force. Charged to study every aspect of the organization, the task force rendered a report from its yearlong study of the Grange. This report was presented to the delegates of the National Grange session in November of the year 2000.Resulting changes are undoubtedly taking place. Society today perhaps does not have the time to witness the degree work of the Grange, so changes may occur there. Much of the ritual and secret part of the Grange may become merely part of the history of the organization, as the Grange has vowed to change to meet the needs of America and its people today.

The headquarters building of the National Grange is located within the Executive Square in Washington, DC. It is the only privately owned property within this area of our Nation’s capital and was located there by an Act of Congress. It has become the symbol of Grange service, caring and involvement in America. The National Grange President’s office is located in this multistory building and it is from that office that the National President guides the Grange and directs the positive influence for America on Capitol Hill and in small communities across the our Nation. The Grange is present at the hearings in Congress when there are issues that the Grange supports. The legislative part of the National Grange journeys often to Congress to make the voice of America heard on the floor and in hearings of the legislative process. 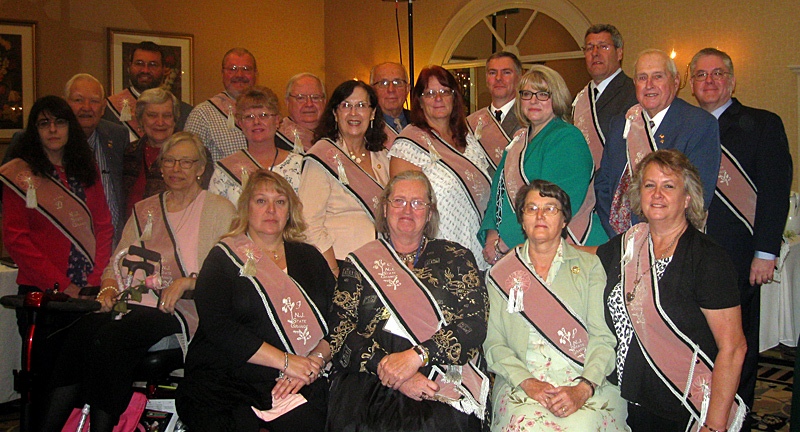